I won't be doing much seed starting this year.  Gave up the Toronto allotment garden (not enough time and too buggy to be enjoyable for the past few years) so I don't have any room, really, to plant things.  Which is ironic since I have more than four acres of land in the County.  Most of that land is, however, wooded or grass/meadow.  The gardens that I do contain, by necessity it seems, almost exclusively ornamental shrubs and perennials.

I say by necessity because so many of the perennials I started there self seed like crazy and I've found it necessary to create new beds just to house the offspring.  (Yanking and composting? Never!)  Think Echinacea (Coneflower) and Rudbeckia (Black Eyed Susan) primarily.  Of course I have also in years past started from seed Hemerocallis (Daylily), Allium and Iris.  But for several reasons I've never seriously considered putting in a vegetable garden.

The first is watering.  Rainfall can be a hit or miss thing in the County; some years there's rain every week through the summer and others nary a drop from June through September.  This means watering, on a very regular basis.  Currently, watering for me is a big deal, getting the pump into the well and carrying buckets of water to wherever it's most needed.  In the driest years I'd do this maybe every two weeks.  Not enough for veggies.

The second is grass and soil.  Too much grass and not enough soil.  I would need to create a raised bed and bring in good soil - the surface soil that covers most of the property "contains an abundance of angular limestone fragments," to quote a local brochure extolling the virtues of the region as perfect for grape vines.  Not so good for double digging in compost etc or for growing root vegetables.  And to properly build such raised beds I'd need to ensure grass couldn't get it.  Much of my weeding now is controlling the grass that quite naturally spreads into flower beds from the yard and field.  Weeds I can handle, grass is much more difficult. 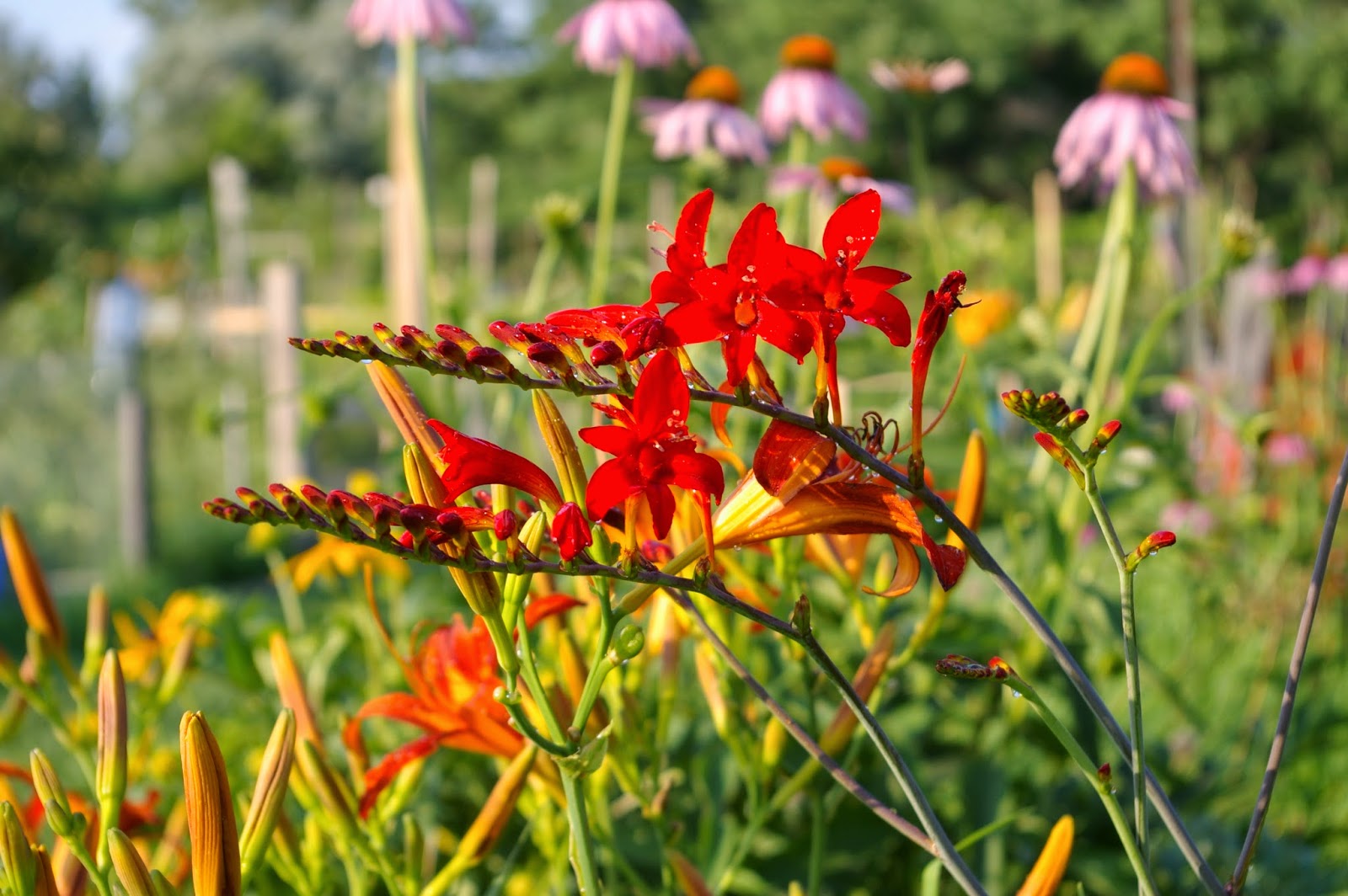 So where does that leave me?  I've planted the occasional tomato and pumpkin but that's about it.  I transplanted asparagus last fall from the allotment garden to a small bed - we'll see how that goes.  Generally though, no veggies.  Perhaps that will change soon.  Who knows.

The seeds I started yesterday are Crocosmia, Lucifer I assume.  I harvested them late last summer.  The flower spikes were sent up from the corms provided me by a friend in White Rock, B.C., where she has huge bushes of them growing all over.  I potted up some mature corms as well.  Looking forward to these fiery red flowers this summer - and the hummingbirds and butterflies they attract.


Posted by County Gardening at 8:54 AM No comments: