it's that kind of winter 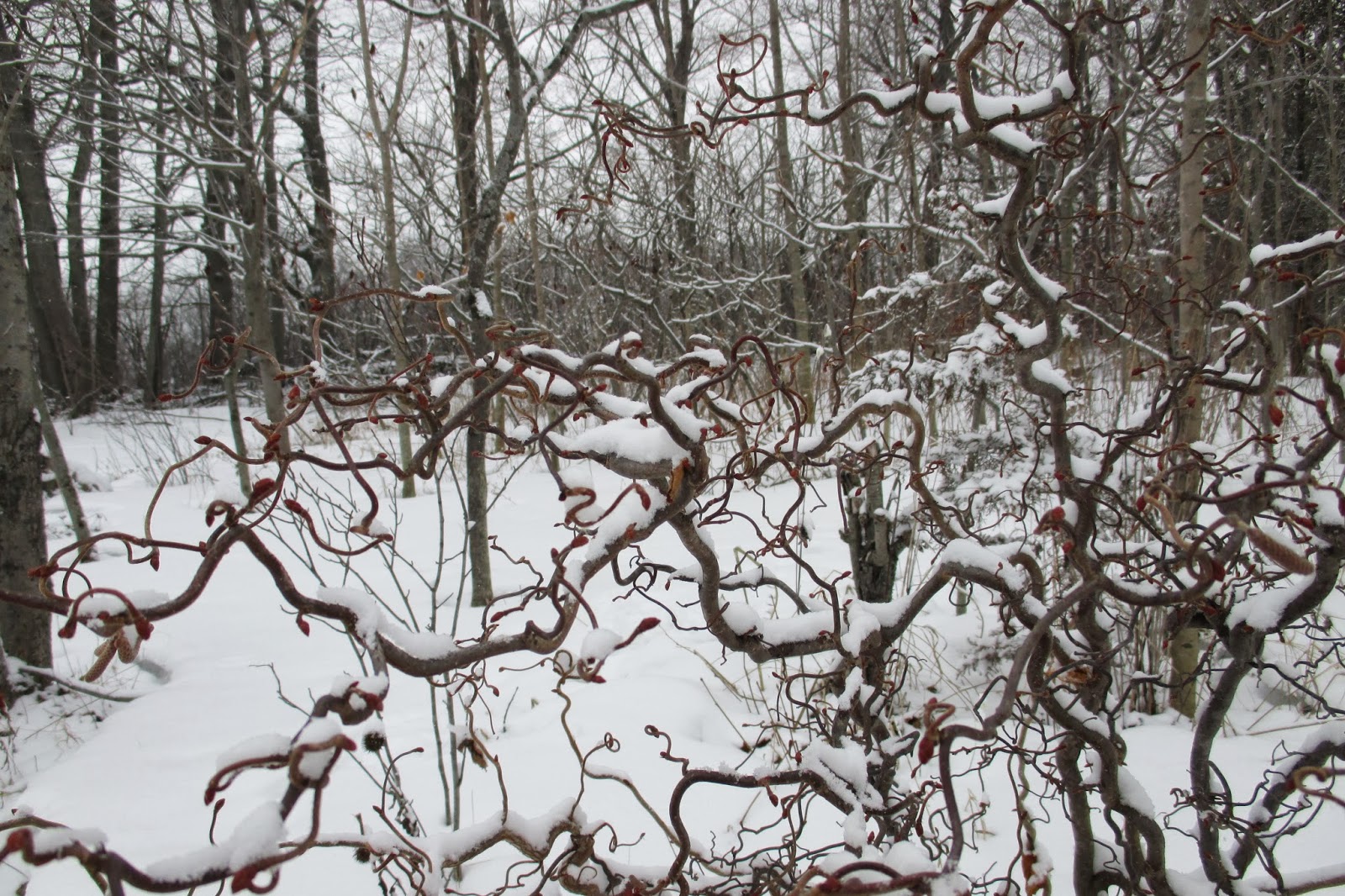 Seems to be turning into a real winter, one we're not used to after four or five winters of above average temperatures and below average snowfall.  This year, in fact, we're running below the seasonal norms.  So far, at least.  And there's no relief in sight.  What makes this winter even more unusual has been the number of freezing rain incidents, and the number of days with winds high enough to produce white-out conditions.  Come April I'll have a lot more dead and fallen branches to pick up from the driveway and I may try getting a burn permit for the first time, to burn them instead of just piling them up.  Anyway, nothing new to report, really, so I think I'll just post a couple shots from earlier this year.  One is the twisted branches of a corkscrew Hazel (Corylus avellana 'Contorta') that I kinda like.  I'm going to try and get a few more artsy pic of this little bush later in the year.  It was a rescue from an old landscaping job about 12 years ago; I had to cut it back by about two thirds to move it and it has taken until this past year, really, to show any vigour. 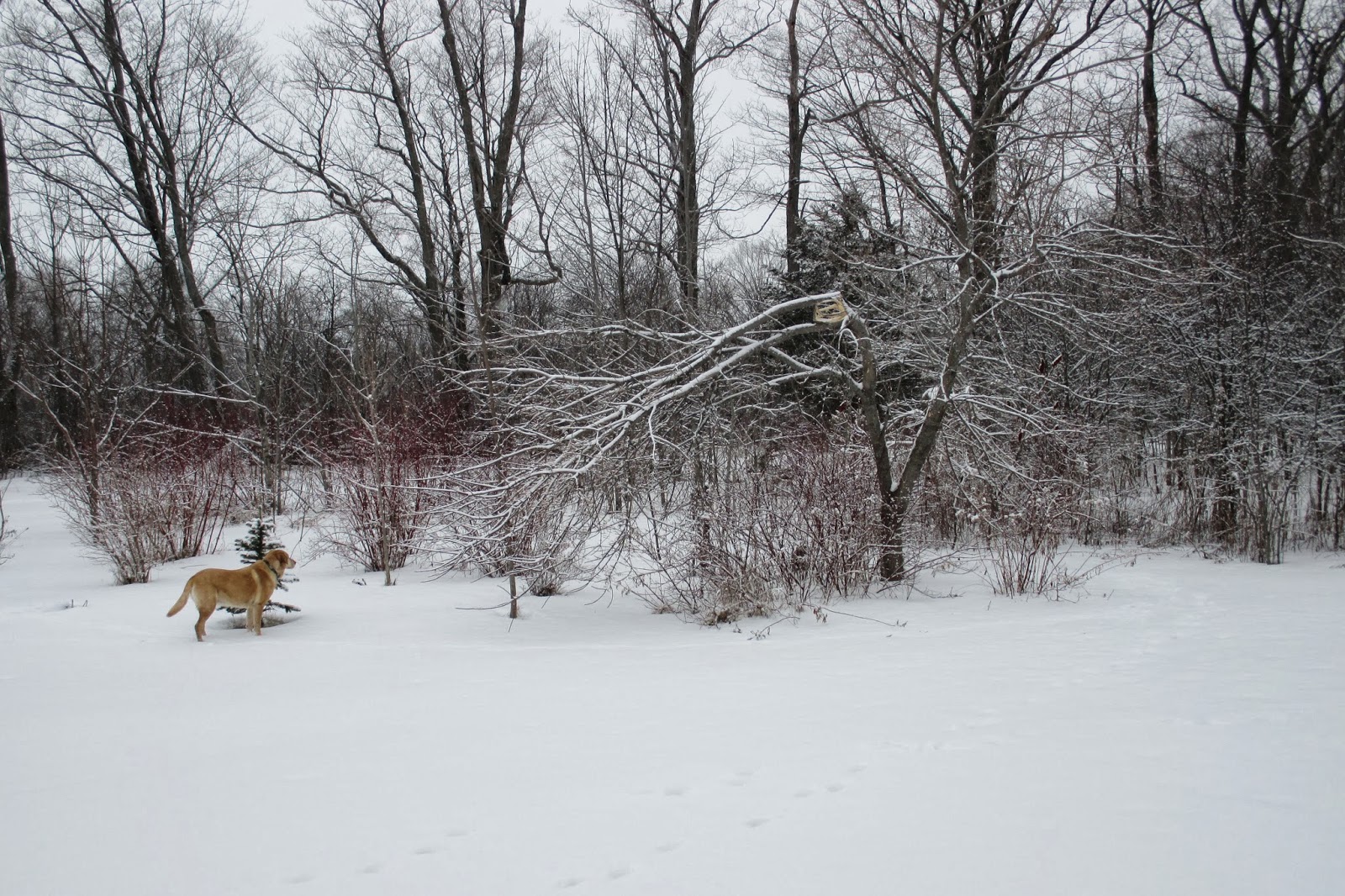 This picture is Shileau inspecting mother nature's version of professional tree trimming.  This Black Maple (Acer nigrum) had sprung up by itself right under the hydro wires.  This past summer I had been contemplating the necessity of either chopping it down or pruning it back severely so that it wouldn't interfere with the wires.  The Christmas ice storm beat me to it.

Posted by County Gardening at 10:56 AM